If Germany wants to remain competitive in the international markets of the future, it will have to prioritise the establishment of future-proof broadband network infrastructure capable of speeds of 1 gigabit (1000 megabits) per second.

Firstly, to map the current landscape of broadband connectivity and the status-quo of fibre-optic infrastructure in Germany and around the world. Secondly, to determine the economic impact of fibre-optic network infrastructure. Thirdly, by studying patent applications, to identify the growth-driving and highly market-relevant technologies that will require gigabit connectivity.

The main findings of the study include:

Vodafone Germany CEO Hannes Ametsreiter commented: “The results of the study make it very clear how essential it is to have a sustainable mix of gigabit-capable technology such as fibre-optic and HFC (Hybrid Fibre Coax) cable. Our European neighbours and Asian countries are driving gigabit developments while Germany discusses copper wire upgrades.Surely this can’t be what a leading industrial nation aspires to?”

He added: “Speaking in Berlin this week, EU Commissioner Günther Oettinger said: ‘A data rate of at least 1 gigabit per second will be essential if Germany doesn’t want to be drowned by future data volumes’.* We need to recognise that competing in the gigabit economy of tomorrow means putting the necessary infrastructure in place today. I hope that this study contributes to the important discussion we must have now about Germany’s digital future.”

Only 1.3% of the German population currently has access to future-proof gigabit-capable technology such as fibre-to-the-home, compared to nearly 70% in leading gigabit countries like South Korea. In Europe, Sweden (46%), Norway (31%), and Portugal (24%) lead the way, with countries such as France and Ireland committed to catching up (OECD, 2016).

While 72% of the German population has access to high-speed cable, which currently delivers speeds of up to 400 megabits per second and is capable of gigabit speeds (Anga, 2016), 26.5% of the population relies on copper broadband networks (TÜV Rheinland, 2015). This may result in significant competitive disadvantages for domestic enterprises in the foreseeable future.

According to the study, increasing the number of fibre-optic connections in a country by 1% per year is associated with an increase in gross domestic product (GDP) of between 0.02% and 0.04% per year. For Germany, this would mean a growth in GDP of €600 million and €1.2 billion per year.

The study identified a total of 17 key technologies that will play an important role in shaping the Gigabit Society and verified them on the basis of the number of patent publications in the years 2006 to 2015. They include robotics, holography, 3D printing, imaging techniques and gaming. German innovators identified and picked up on these technologies very early on: in fact, Germany is among the top five countries in terms of patent registrations in almost all key technologies.

An analysis of relevant literature reveals that data volumes are going to continue to increase in the future and, with that, demand for higher broadband speeds and lower latency will continue to rise.

Head of Strategy and Growth 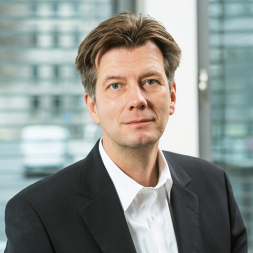